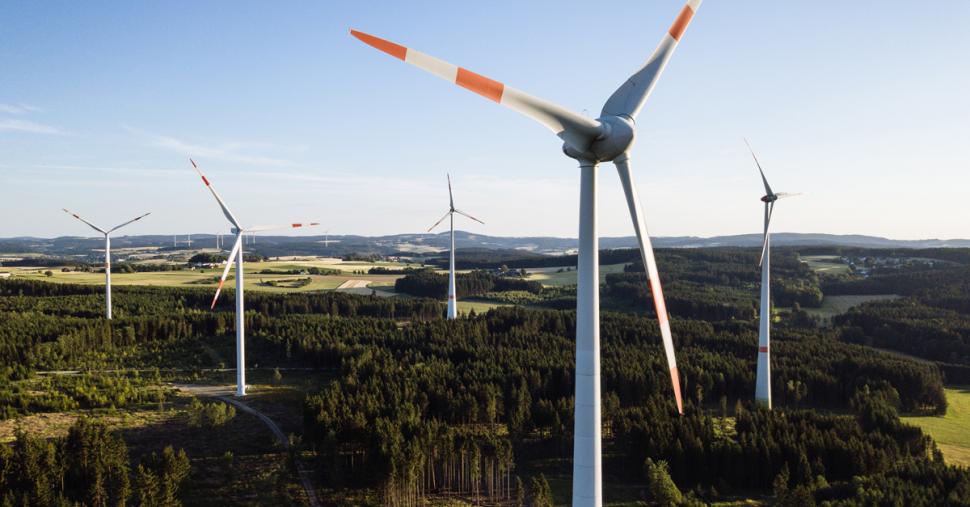 When we consider green energy, we think of the ways in which it could slow down the degradation of our planet, we think of its potential, its availability, and the benefits of living entirely off natural resources. But should we be studying the flip-side: its current inefficiency, its reliance on traditional back-up energy sources, its expense and, surprisingly, the adverse effects it can have on the environment, wildlife and our green spaces?

Greta Thunberg, a 17-year-old Eco-warrior, tells us that we need to panic, that our planet will not survive if we do not make better, greener choices. Never before has the planet faced such an obvious crisis, and never before have so many people spoken out about how it can be fixed. But before we pinpoint renewable energy as the key to all our problems, we need to take a moment to consider its failings. In the third quarter of 2019, 40% of the UK’s energy came from renewable sources, including wind, biomass and solar; 39% from fossil fuels; 21% from nuclear. It’s the first time ever[1] that renewable sources have superseded fossil fuels as the primary source of electricity. But is green energy REALLY a more sustainable way to power our lives?

Most power stations work from the same model; fuel is used, or a reaction created, which heats up water. The water turns to steam, which drives turbines, generating electricity — this is the Rankine Cycle, demonstrated using the Rankine Cycle Steam Turbine[2]. Each type of energy generation process has a different efficiency — the amount of energy produced versus the amount of energy consumed during the process. In the case of fossil fuels, this equates to extreme efficiency; for example, nothing is comparable to petrol when fueling a car; no renewable energy can match its efficiency in energy generation. Engineers have attempted to make our roads greener by designing electric cars, but is a vehicle that needs charging with electricity, produced using a depleted pool of fossil fuel, really the answer?

Green energy is a little more complex than simply replacing the way in which power is generated; efficiency is key, and is green power really as green as we have been led to believe? Wind turbines, for example, which although 37.4%[3] efficient, do not constantly create energy— a turbine cannot turn at wind speeds under 9mph and will stop turning if the wind is too strong. Solar panels — the least efficient of all the green options, rely on sunshine and clear skies which, as we know, are not guaranteed. In fact, solar panels are only 26%[4] efficient, meaning that 74% of the energy used in the process is lost and when calculated over a year (taking into consideration the moving path of the sun) this reduces further. Fossil fuels, however, are a different story, measuring efficiencies of up to[5] 48% for coal and 60% for natural gas, when using the newest technologies. Nuclear power has an efficiency of a staggering 92.6%.

And far from being the answer to all our environmental concerns, could green energy actually cause issues that have previously not existed? Wind turbines are a danger to birds and bats, hugely detrimental to habitat and endangered species, which die on impact with the huge blades. Biomass — organic matter — seems like a solid alternative; after all, it’s renewable as plants can regrow. But critics state that biomass energy production supports harmful agricultural practices, leading to environmental hazards such as toxic algae blooms, responsible for the deaths of billions of fish. Even hydropower, the option with the highest efficiency, has its drawbacks — dams disrupting river ecosystems, causing harm to wildlife; and organic matter breaking down, releasing methane into the atmosphere. In times of drought, no energy can be produced, so back-up systems need to remain in place.

“You must take action. You must do the impossible. Because giving up can never ever be an option.” — Greta Thunberg.

There must surely be a solution. Can our engineers of the future solve this conundrum? What actions can they take to make renewable energy more efficient while ensuring that energy production has as little impact on the environment as possible?A lot of time and money has been put into trying to solve the problem of birds and bats dying at the blades of wind turbines. One such solution is adding an AI sensor to the turbine, which automatically turns off the blades should a bird approach[6]. Biomass efficiency is also the subject of much research, with scientists trying to find ways to convert corn stover and wastewater sludge more efficiently, while looking for other biomass sources that will utilise materials that would otherwise go to waste.

Is nuclear energy the answer? It certainly ticks some of the boxes; it’s highly efficient, it doesn’t produce direct carbon emissions, and even Ms Thunberg agrees that it “...can be a small part of a very big new carbon free energy solution,” despite being against it in principle.

But we are still far from the answer; we are still some way from green energy being the gift it was originally touted to be. Perhaps energy production will never be truly ecologically sound, and we should resign ourselves to settling for an uneasy compromise.