A World in Union and a ball in motion 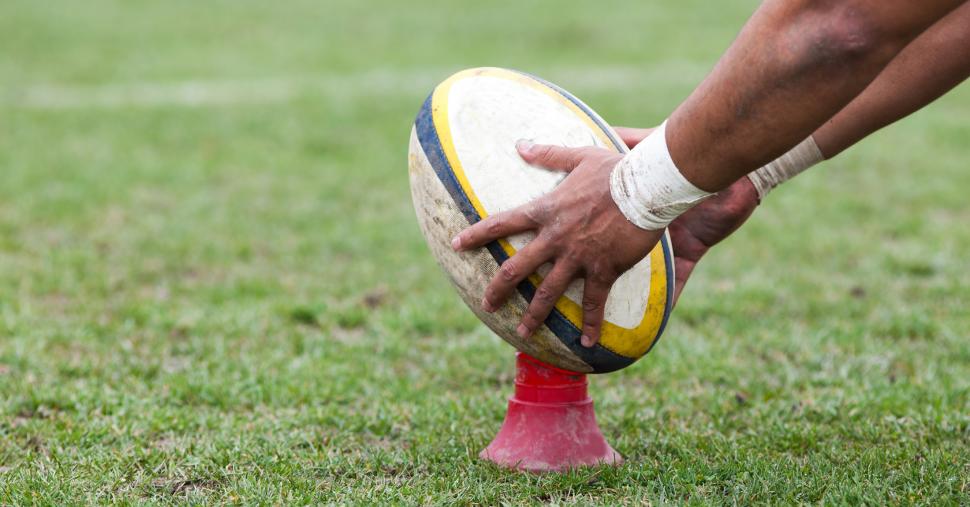 Climbing may not be the best advice to give a team in the Rugby World Cup Final, although it is true that the very same laws that allow climbers to reach their destiny are also responsible for the dynamics of rugby: the world has once again come together to watch perfect examples of Newton’s first, second and third Laws of Motion. Well, maybe not for that exact reason, but this incredible display of physics is what our eyes have been glued to for the past six weeks.

Each time a rugby player heads towards the ball, handles the ball or kicks the ball, physics comes into play. Newton’s first law states that an object at rest will remain as such until an external force is applied; in rugby this force is initially demonstrated in the form of the first kick that signals the start of the game — prior to this kick, the ball was at rest. Peak force of the average rugby player’s kick will exceed 2000 Newtons[1] (to put this in context, a human femur bone will break at a force of 4000N)[2], a force so strong that the ball deforms upon impact.

The first law continues to apply even while the ball is in motion following the kick — an object in motion will continue to do so until another force is applied; in this case, gravity, which causes the ball to fall towards the ground, preferably more than ten metres from the kick-off; if not, players head for the scrum and towards Newton’s second law, something which England coach Eddie Jones has been reminding players of since the beginning of the year.[3] Newton’s second law states that force equals mass times acceleration, therefore to be successful in a scrum, a team needs to create a greater force than the opposition.

With this in mind, the team with a larger mass in their pack is more likely to outdo the force created by the opposition, enabling them to more easily gain possession of the ball. This second law also comes into play in tackling — the greater force is the one more likely to gain possession of the ball. This force is again created by multiplying mass by acceleration, and different player positions play a big part in dictating which player creates the strongest force. A running player can be easily tackled by a defender in wait if the defender is able to create force by very quickly moving from the spot (acceleration), as the burst of energy creates a force greater than that of the running player. However, the running player may have mass in his side; for example Jonah Lomu weighed in at 130 kg, with an average-sized wing weighing in at 80 kg. It is easy to see how Jonah’s force won him many tackles and the accolade of the first true global superstar of rugby.[4]

For every force, there is an equal and opposite force exerted: Newton’s third law of motion is a huge part of rugby. As players run to tackle or to score a try, their feet push against the ground. This creates downward force and, in response, the ground exerts an equal upward force. This upward force is of the same magnitude as the runner’s downward force and is called the ‘normal force,' propelling the player forwards.

And finally, that famous ball, first made by Richard Lindon and Bernardo Solano out of hand-stitched, four-panel leather casings and pigs’ bladders. Originally, the distinctive shape was thought to be due to the shape of the pig’s bladder, and the balls varied in size. As years have passed, this prolate ellipsoid has had to adhere to World Rugby regulations for size and shape, being 280-300 millimetres long, having an end-to-end circumference of 740-770 millimetres and a width circumference of 580-620 millimetres. Learning the aerodynamics that come into play when throwing or kicking a ball of this shape and size will definitely give a player the edge.

The way in which the ball travels affects its distance; for example, a ball will travel further if spiralled — the rotation reduces the amount of air drag and increases its velocity, with the spin stopping the ball wobbling, meaning its journey is more predictable. This is due to the gyroscope effect, which is the same effect that occurs when cycling; it’s easier to stay upright when cycling faster as the wheels create a force, meaning the bike is less likely to fall over. Unless you’re in the wrong gear, of course.

In conclusion, to win the rugby, our advice is that the England team takes a little time to study three very simple laws of motion and a touch of aerodynamics.